The construction work for the urgent coastal protection at Westover, Milford on Sea has now been completed, with the last rock in the new granite defences being placed on 5 January. Constructed during some very challenging weather conditions, the defences have already been put to the test during Storm Bella over the Christmas break, performing their function well in providing protection to the area.

Contractors, Earlcoate Construction & Plant Hire Ltd have been carrying out urgent works to the failing seawall at Milford on Sea, Westover, since August 2020.  The work is an interim phase of urgent work to protect approximately 180m of the coastline by constructing a rock defence that will protect a number of properties including the Grade 2 listed White House and reduce the risk of further failure of the seawall. 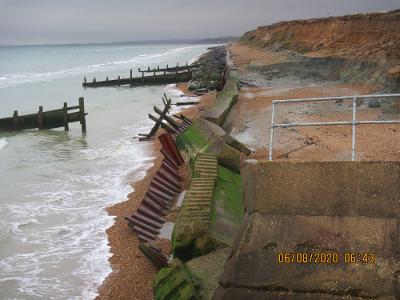 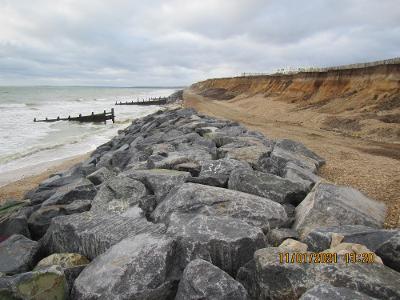 This completed first phase of work has included: 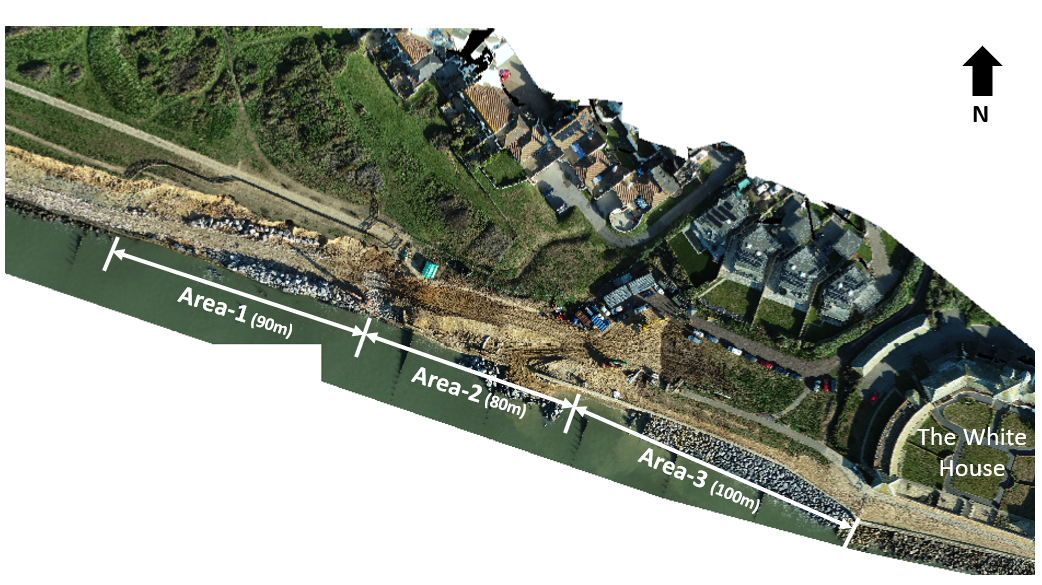 The revetment has been constructed from Norwegian granite. This rock was chosen because it is more resistant to the erosion from shingle and the impact of waves at the coast than native limestone.

Works have been complicated at the coastal site, particularly in relation to getting equipment and materials to the required location on the shore.  Before any work could start, an access road had to be constructed behind the failed section of seawall to enable plant to get to the working areas. Over 3,000 tonnes of Portland rock was imported via road, both to construct the initial access road to the site from Paddy's Gap car park and to provide additional material within the rock revetment, protecting the base of the cliff.

12,000 tonnes of Norwegian rock armour was delivered to Southampton docks in three shipments. The rock was then lifted from the quay onto a barge and shipped to the site. The huge rocks, each weighing between 3 and 6 tonnes, were lifted from the barge by excavator at the shore ready to be placed at the seawall to form the protective barrier. In all there were 16 barge deliveries putting 6,500 tonnes of rock on the beach ready for placement. Deliveries were subject to weather conditions and rough seas prevented all the rock being delivered by barge. Some granite deliveries by road were necessary during times of continued rough weather.

The rocks were placed into geotextile over the underlying clay strata, to give stability to the structure. The design of the rock placement, with largest rocks at the toe of the revetment, allows for the wave action to be dissipated before reaching the seawall.  The voids also trap the shingle, which also helps to dissipate wave energy as well as adding additional support at the base of the seawall. (See fig 2). 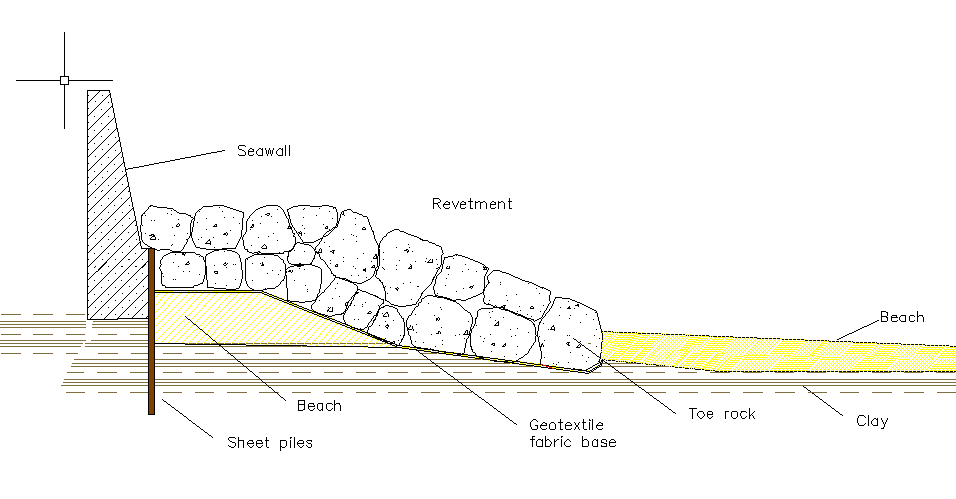 Where possible, existing materials have been recycled in the construction, such as concrete from the original seawall has been used to form a solid base, as well as reinforce and bulk out the revetment.

Extensive landscaping has also been undertaken to reinstate the slopes in order to allow the area to recover naturally.

Whilst the construction work has now been completed, the contractors will continue to reinstate the site working area and compounds before clearing the site.

"As the coastal protection authority for the New Forest we continue to work with the Environment Agency and landowners on solutions to protect the coastline at Milford on Sea, complicated by the fact that we do not own this part of the coast.

"We have taken the urgent action needed to protect against further damage to this area that would undoubtedly have come about this winter, even though we do not have a statutory duty to do so or to fund.  With the work now complete, we're continuing to pursue grants and other funding streams so that we can develop solutions to protect the coastline while limiting the financial impact on the council."

Phase 2 will be to complete the protection required for this part of the coastline.
We are waiting for confirmation from the Environment Agency of £250,000 funding from the Southern Regional Flood and Coastal Committee. This funding will allow us to appoint a consultant to develop a scheme for the phase 2 works, which will include identifying additional funding streams to finance the main works.